Kannimara Teak Tree is one of the oldest and largest teak tree in the world. It is located inside Parambikulam Wildlife Sanctuary. Its more than 450 years old. As measured on 05.01.2011, it as a height of 39.98m and a girth breadth height of 7.02m. According to the local tribal belief here when this tree was tried to cut down, the blood spurted out from the place of cut. This tree was being since then worshiped by the local tribes in Parambikulam as “Virgin tree”. Thus the name Kannimara is given as the word ‘Kanni’ means ‘Virgin’. This tree has been awarded ‘Mahavriksha Puraskar’ by the Government of India during 1994-95. 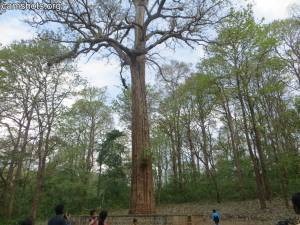 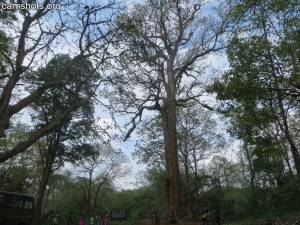